Asia is known for its rice and noodle culture and is home to some of the best food in the world. Asia is home to an amazingly diverse cuisine, using traditional local ingredients to create signature dishes. Diners love the variety, and rich flavors combined with the use of various spices and herbs. So What is Asia most famous food? Discover the famously delicious food here in this article.

What is Asian Cuisine?

Asian cuisine refers to the cooking practices and culinary traditions of countries located in East Asia, Southeast Asia, South Asia, Central Asia, West Asia and North Asia. Since Asia is the largest and most populous continent on the planet, it is home to an incredibly diverse range of cuisines, each with ingredients and cooking methods that can vary greatly from region to region. In Asian cooking, the focus is on smaller portions, less meat, and more fresh fruit and vegetables.

What is Asia most famous food?

Sushi is one of the quintessential Japanese dishes that are loved all over the world. The sushi rice, flavored with rice vinegar, is delicately hand-pressed and topped with a variety of raw seafood. Sushi comes in many different forms and is enjoyed with soy sauce, wasabi and pickled ginger called “gari”. The topping is usually seafood such as shrimp, tuna, cod or eel, and it should always be fresh and of the highest quality.

Commonly known as Korean sushi, kimbap is a Korean dish consisting of seaweed (needle), seasoned rice (bap), and other optional ingredients that are cooked and then usually rolled and cut into medium slices. Almost anything can be added to the roll, but the most common ingredients are fish balls, meat, spinach, eggs, and cucumbers. The history of kimbap has been the subject of various theories. Many believe that’s how Koreans absorb Japanese sushi. Others say it’s a variation of kimssam, a dish consisting of rice and seaweed. Regardless of the origin, kimbap remains one of the most popular Korean and Asian dishes. One of the most popular Thai dishes outside of Thailand is probably pad Thai. Pad Thai is Thailand’s national dish, a flavorful stir-fry (pad in Thai) consisting of rice noodles, tofu, dried shrimp, bean sprouts and eggs. If it’s made with meat, chicken and pork are among the most popular choices. The flavors are complex combinations of sweet, sour and salty, with balanced contrasts between the textures. 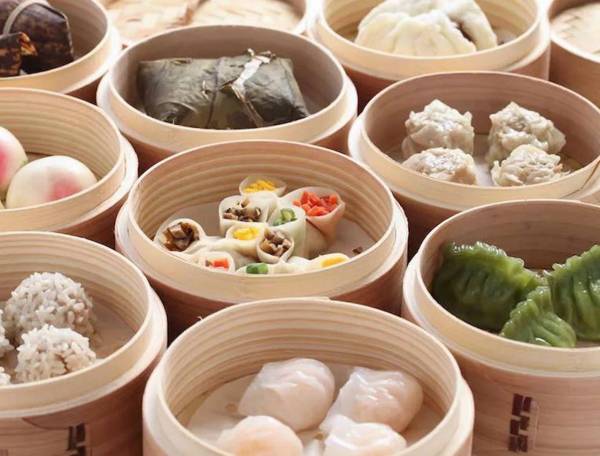 Pho is a very famous traditional Vietnamese dish. It is also one of the most loved Vietnamese dishes in the Western Hemisphere because of its complex and unique taste but also extremely simple. Although classified as a soup, pho is served as the main dish and can be eaten at any meal of the day. It is traditionally made with chicken or beef broth, in which the bones simmer for hours until the broth is perfect. The addition of herbs and spices accentuates the flavor with chewy vermicelli, and succulent slices of beef making the dish more appealing. Satay is a traditional Indonesian dish made from meat skewers served with peanut sauce. It is common throughout Southeast Asia from Malaysia to Singapore and Brunei. All types of meat can be made into satay, including some strange ones like a crocodile or snake meat, but the most popular is chicken. The meat will be marinated in a mixture of herbs and spices before being grilled. You can eat it whole or with jasmine rice and squeeze some lime juice on top. Naan is a unique and popular flatbread with a chewy texture that originated in India. Its name is derived from the Persian word for bread. It is prepared in a tandoor oven with white flour, yeast, eggs, milk, salt, and sugar. The typical toppings for naan with curry are pure butter, garlic, raisins, and onions.

Surely after reading this article, you also have basic knowledge about Asian cuisine in general and Asian regions in particular. We have introduced some of the most popular dishes in several countries of this region. Hopefully someone will ask you later, What is Asia most famous food? You will have the answer for them too!