Cuisine is always an interesting topic when it comes to Vietnam, not only rich in dishes and diverse processing recipes, cuisine also shows the human outlook and natural conditions typical of the climate. With a country with a long history and different geographical locations, each region on this S-shaped strip of land has its own unique dishes and specialties that cannot be mixed. Today, let’s learn some vietnamese cuisine menu with News World VN Website in this article.

What is Vietnamese Cuisine?

Vietnamese cuisine is the name of the cooking method, the principle of mixing spices and the general eating habits of all Vietnamese people in Vietnam. Although there are more or less differences between regions and ethnic groups, Vietnamese cuisine still contains the most general meaning to refer to all the popular dishes in the Vietnamese community. The traditional Vietnamese way of cooking is admired by many for its fresh ingredients, minimal use of milk and oil, additional textures and reliance on herbs and vegetables. With a balance of herbs and fresh meat and a selective use of spices to achieve a premium taste, Vietnamese food is considered one of the healthiest all over the world.

When preparing food, Vietnamese people often use fish sauce to season, combined with many other spices, etc., so the dish is very rich.To complement the flavor of each dish, a dipping sauce is used. Vietnamese dishes often include a variety of foods such as meat, shrimp, and crab along with vegetables, beans, and rice. Additionally, a variety of flavors, including sour, spicy, salty, sweet, and fatty, are combined.

Vietnamese cuisine is a combination of dishes with a variety of different spices to create the unique characteristics of each dish. Cool foods such as duck and snail meat are often cooked with warm spices such as ginger, laksa leaves, etc. It’s a very interesting way of balancing yin and yang, only Vietnamese people can have it.

The Most Special Vietnamese Cuisine Menu

In Vietnam, a meal called goi cuon, sometimes referred to as spring rolls, is extremely well-liked. Goi cuon is a dish often served as an appetizer before a main meal at Vietnamese restaurants. In 2011, salad rolls of Vietnamese cuisine were ranked by CNN in the list of 50 most delicious dishes in the world. Not only that, many world travel sites also introduce about Vietnamese salad so that diners have the opportunity to find and enjoy when coming to this country. The ingredients used for this dish include lettuce, basil, fresh shrimp, boiled pork, vermicelli..all rolled up in a rice paper shell. The accompanying condiment is sweet and sour fish sauce or peanut sauce. 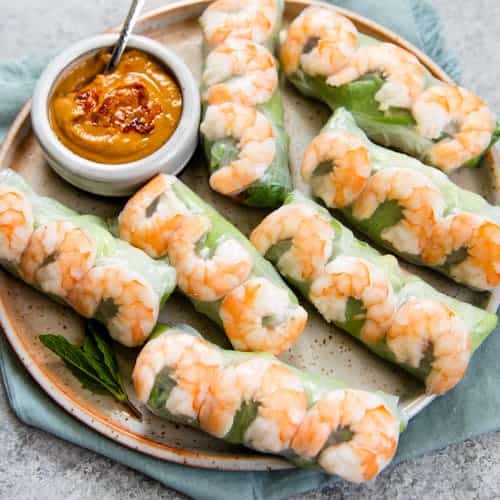 The second dish in the Vietnamese cuisine menu is Banh Mi. Famous as the national dish as well as the most popular street food in Vietnam. Bread is quite rustic, convenient and appears everywhere from the village to the city. Vietnamese (or Saigon) sandwiches were first created under French colonial rule in the 19th century.
The bread is usually filled with green vegetables, cucumbers and sweet and sour foods along with optional meats. It can be roasted pork, grilled meat, pate, sausage, eggs and rolls. The bread is baked hot and crispy, bringing an irresistible delicious taste. The bread is so good that it has been imitated all over the world, from London to New York, and is known to many international friends. The top 20 street snacks in the world, according to the American daily Fo’dor Travel in 2016, include Vietnamese bread. Bun Cha is a specialty dish and originates from the capital city of Vietnam, Hanoi. The equilibrium of the sour, spicy, salty, and sweet flavors in this dish is well-liked. You’ll find bun cha at eateries all over the city. Pork is grilled on an open charcoal grill and served with rice vermicelli with herbs and a typical sweet broth. This Vietnamese dish is usually eaten for lunch. It is described as somewhat similar to meatballs or burgers, but we think that with its mouthwatering flavor combinations, there is no other taste quite like it! Bun cha is similar to grilled meat vermicelli in the Central and Southern regions, but the mixed fish sauce has a lighter taste. The next dish commonly found in the South of Vietnam is Pancakes. This is also considered a typical dish representing Vietnamese cuisine in the world. Pancakes is a snack that is usually eaten in the afternoon or evening. The ingredients for this cake are fried dough, shrimp, pork, bean sprouts and eggs. The cake is fried to a golden color, molded into a circle or folded into a semicircle then wrapped in rice paper with raw vegetables and finally dipped with fish sauce. Depending on the locality in Vietnam, the cake is enjoyed with its own characteristics. There are usually 2 main methods: pouring crispy pancakes and chewy pancakes. Eat in two ways: eat with hands or eat with chopsticks. Cao Lau cannot be ignored when it comes to Vietnamese cuisine menu. This dish is a specialty of Hoi An, a small city located in central Vietnam. This noodle dish has yellow noodles, served with thinly sliced ​​pork, bean sprouts, raw vegetables and very little broth. Ash from a nearby tree is added to the bowl of yellow noodles. Cao lau is then flavored with mint and anise, topped with thin slices of pork and served with grilled rice paper or sprinkled with crispy rice paper.Little is known about Cao Lau not because it is not delicious, but because this delicacy is humble.

Despite widespread misconceptions to the contrary, local overseas Chinese do not regard this meal as Chinese. The Japanese think that it is similar to udon noodles but different in taste and processing. Another feature of Cao Lau is that to eat this dish, you have to climb up to the upper floor of the restaurant. In the past, businessmen in the port town because they wanted to take care of their goods, they often climbed to the upper floor of the shop. This is seen in the Hoi An high-floor stores. Sitting on the high floor, watching the beautiful scenery and enjoying delicious food, this may be the origin of the name Cao Lau. Quang noodles are among the Vietnamese cuisine’s most frequently referenced delicacies. Tu Quang here is the land of Quang Nam – a province in central Vietnam. Everyone who visits Quang Nam appears to associate the city’s signature cuisine, Quang noodles, with their visit. Noodles are made from rice. Other localities can still process this noodle dish, but with its own flavor, specificity and true “quality” of Quang noodles, only Quang people can do it.
Quang noodles can be combined with many different ingredients such as Quang Chicken noodles, Quang shrimp noodles with meat, Quang noodles with snakehead fish or even Quang Frog noodles.Many literary works that discuss the history or culture of the people here mention quang noodles. Around the world, Quang noodles are voted as one of 12 dishes with Asian culinary value. The last dish that will be introduced in the list of Vietnamese cuisine menu is Com Tam. Com Tam is a fast street food favorite almost exclusively in Ho Chi Minh City. Made up of broken rice grains (aka broken rice) and traditionally a leftover-style snack. The Vietnamese have managed to turn it into a famous Ho Chi Minh street snack. Com Tam is served with grilled pork served with fried egg, cucumber, onion fat and sweet and sour fish sauce. And this is Vietnamese food, it wouldn’t be complete without a slice of lemon, some herbs and some scallions. To sum up, Southeast Asian cuisine is famous for being diverse and attractive, of which Vietnam is no exception. The article introduced the most unique Vietnamese cuisine menu. In addition to the typical dishes for Vietnamese cuisine mentioned above, there are many other names such as Bun bo Hue, Hanoi vermicelli, Gia Lai dry pho…. The culinary characteristics of each region of Vietnam are the same. contains cultural quintessence, expressing the deep national identity and wealth and prosperity of a country of thousands of years of civilization.